To be honest, it took me sometime to realize that there were actually some really good movies to be released in 2016. So much so that the pictures you see above of movies like Sully, Hacksaw Ridge, Captain America: Civil War, Moana, Jackie, and Zootopia were not able to crack my top ten list.

Again, I don’t see every movie that was released (how I wish I could!), so please comment if I am missing one you liked.

A friend of mine said he does not like making lists like this, as they get harder to do every year. I am starting to get the idea of that more and more as the years go by. Some of the movies on my top ten edged each other out by the narrowest of margins.

If you must blink, do it now… 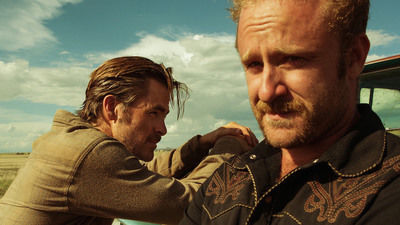 Playing like a modernized version of an old western, Hell or High Water is refreshing in how original the concept is. Two brothers (Chris Pine and Ben Foster), desperate to keep their farm, resort to stealing from banks. Hot on their trail is the local nearly retired police sheriff Marcus Hamilton (a wonderful Jeff Bridges), who we don’t always root for when we see what the brothers (mainly the Chris Pine character) are going through. 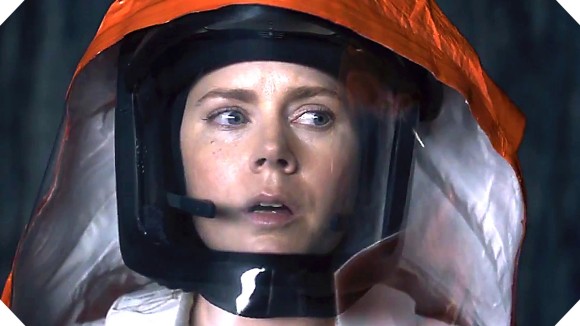 Sorry fans of Rogue One, but the title of best sci-fi movie of the year belongs to Arrival. Clearly inspired from Close Encounters of the 3rd Kind, the movie  depicts how being approached by beings outside of earth would not always immediately mean war fare. The movie takes time to show that we as humans need to reason before pulling a trigger. All the cast is wonderful, but the key performance is the one of Amy Adams, showing once again how versatile an actress she is. Director Denis Villeneuve gives us some stunning images as well. 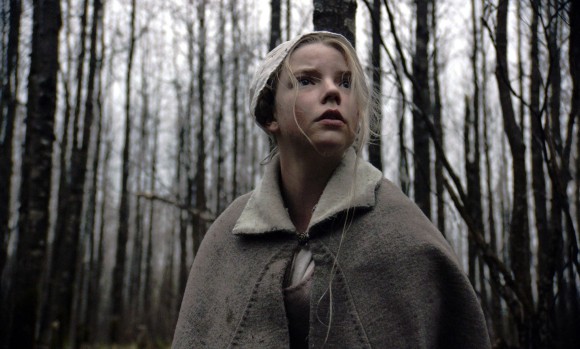 It is rare for a horror film to actually scare you these days, especially if it comes out very early in the year (which is when most of the forgettable movies are sadly released.) That is not all the case for The Witch. While witches are now nearly forever associated with the world created by J.K. Rowling, this horror classic reminds us that, when witchcraft was feared in the 1600s, it was truly feared. The images and gorgeous cinematography reflect that, making us fear as the characters do. The film is directed by Robert Eggers. Remember the name.

A movie sure to be up for many Oscar nominations, Moonlight tells a simple story of a man growing up in slums of Miami. To say it is more than that is a gross understatement. Told in three acts, I am still finding it hard to believe that the main character, Chiron, was played by three different actors (the same can also be said of his friend Kevin). It was almost like they filmed the same actor years apart like Boyhood. The stand outs are Mahershala Ali and Naomie Harris, sure to be nominees in February (alongside director Barry Jenkins).

While some movies feel like a punch in the gut, Manchester by the Sea feels like (as Rick Blaine from Casablanca would say) your “insides have been kicked out.” Casey Affleck gives a mesmerizing performance as a janitor who is sent back to his hometown after his brother (Kyle Chandler) dies to take care of his nephew (an equally stunning Lucas Hedges) while face the demons of his past, including his ex-wife (the always reliable Michelle Williams). How often does a drama of this magnitude also produce laughs equivalent to a comedy? Kudos to the writer and director, Kenneth Lonergan.

It has been a while since I have seen a great film where the lead actor also directs himself in a performance for the ages. Yet that is what Denzel Washington does in Fences, based off the play by August Wilson. Casey Affleck may be the front-runner for Best Actor, but Denzel is clearly hot on his heels. However, no one will be catching up with Viola Davis in the Best Supporting Actress category, for her performance as Washington’s wife is sure to give Davis her Oscar she deserves.

Moving from an actor/director to arguably one of the greatest directors in the history of cinema, Martin Scorsese’s Silence just squeaked in at the end of 2016, meaning it was not screened in time for award consideration for the Golden Globes or SAGs. A shame, because it deserved to be. The film stars Andrew Garfield (who was also brilliant in Hacksaw Ridge) and Adam Driver (aka Kylo Ren) as priests trying to find their mentor (Liam Neeson) in 1630s Japan. The movie is hard to watch, yet you still can’t take your eyes from the screen. It is rare for a movie to be so difficult to observe you may not want to watch it again, yet at the same time filled with unanswered questions that multiple viewings are needed.

As someone who has (mild) autism, I can safely say I have not seen many films that approached the subject as well as the documentary Life, Animated. It tells the story of Owen Suskind, an autistic man who learned to communicate through his true love, animated Disney movies. Very few movies this year have touched me more on a personal level.

This entry was actually inserted much later, which is something I don’t do long after the year is over. Still, I cannot say enough about the wonder that is Sing Street. After classic hits like Once (2007) and Begin Again (2014), director John Carney strikes musical gold again with this coming of age tale of growing up in 1980s dublin. Like his previous films, it did not take me long to buy the soundtrack.

If you have not heard of Damien Chazelle’s La La Land by now, well, it will be surely mentioned when the Oscar nominations are announced next Tuesday, for I feel it is the clear front-runner for Best Picture (it already set the record at the Golden Globes for winning all of it’s seven nominations). It is more than a love letter to Hollywood, or even to musicals of the past. It is a modernized musical as well, with glamorous performances by Ryan Gosling and (in particular) Emma Stone (her solo song at the end about her aunt is the best acting I have seen all year). I have no shame at all in declaring I bought the soundtrack the day after I saw this film. It made me proud to be one of the ones who dream.

At the end of the day, movies are stories, as told by many story tellers. When I first saw Kubo and the Two Strings, I was clearly affected by it, but did not know at the time that I would be selecting it as my favorite movie of 2016. Only months later, when I got on Blu-Ray was when I realized it more and more as a masterpiece. Of course, the animation is gorgeous, but what impressed me the most was the story. Laika (whose movies I still have to see) does not have the history and resume of Disney or Pixar, but it has more nerve. I found myself hoping Kubo would not end the way the audience would have wanted, and it didn’t. It ended the way the audience needed it to. Towards the end, Kubo gives a speech to his grandfather while in the cemetery. If you think of it, that speech is one to bring hope to those who may not have had the best 2016 they would have wished for.

You need to give more compliments to Denzel Washington\’s SELF-DIRECTED performance.